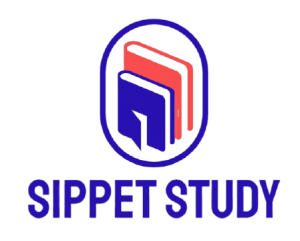 The average American’s finances are mostly doing just fine in the pandemic economic recovery. But averages can be deceiving.

Divided by education, most groups have more than reversed their pandemic wealth losses so far this year, except for minorities and those without high school diplomas.

People with college degrees are worth $22.5 trillion more than when the pandemic began, according to Federal Reserve data, in terms of wealth and their household assets minus what they owe. Those without high school diplomas are worth $10 billion less they were before the pandemic.

People with college degrees are worth $22.5 trillion more now than when the pandemic began. Those without high school diplomas are worth $10 billion less.

Whites collectively are worth about $25 trillion more than when the pandemic started, the same data shows. Black Americans are only worth $1.5 trillion more, and Hispanics $600 billion more. In the near-term, this household wealth determines how easily they can weather a loss of income or a health emergency. In the long term, it measures their upward mobility, whether they can buy a home or finance education for their children.

As of 2021, the average Black or Hispanic family has no more than a quarter to every dollar of white family wealth, according to the Income Inequality Institute at the Federal Reserve Bank of St. Louis.

Going back to 1989, racial wealth gaps have barely nudged, said Lowell Rickets, a data scientist at the institute.

“There’s a lot of focus on wealth inequality. That’s not a problem per se, it is persistently low wealth outcomes for [these] families,” Ricketts said.

That’s despite increasing political representation, education, and even income. “These wealth levels are too low for them to participate in the American economy,” he said. “These gaps didn’t spring up by accident. There were explicit policy choices in the past, like redlining and exclusion from investment.”

But consumer perceptions of where the country is going tend to reflect their own life. In a recent Gallup poll, only 49 percent of college graduates — now worth trillions more — think the economy is getting worse. About 65 percent of those with some college or less — now worth billions less — think it’s getting worse.

This tendency to gaze into a mirror and think we’re looking out of a window reflects a basic human tendency that has only gotten more intense in recent history, economists say.

Over the past few decades, Americans have self-organized themselves into even more economically homogeneous neighborhoods and schools, said Jonathan Walker, vice president of marketing strategy at Elevate, a Texas-based online lender serving the nonprime market.

These blinders partially account for the rhetoric this summer in mostly Republican-led states when they announced they were ending extended unemployment benefits early. Analysis shows these measures didn’t achieve the stated intended effect of getting more workers back to work. But it did guarantee that those deserving families relying on the assistance now had even less money with which to buy groceries and keep the lights on.

The driving of interest rates to 20-year lows meant families with a house, equity and a job could refinance, lowering their payment, or take out money to fuel spending or investment.

“All of a sudden, the people who were already doing the best in the economy can do even better,” Walker said.

“All of a sudden, the people who were already doing the best in the economy can do even better.”

Some families did well economically and tried to give back to those less well off.

Betsy Sellinger, a 36-year-old homemaker in Dallas, said her family was fortunate to have the main income earner, her husband, work in the remote work-friendly job in IT. The household budget soared as the pandemic lockdowns eliminated entertainment and impulse shopping expenses and vacations.

“We’ve been able to help the less fortunate in our area via food banks,” she said. “Food insecurity really tugs at our hearts, and it’s a significant issue in the Dallas-Fort Worth area.”

But as people were confined to their homes, others had trouble imagining realities beyond it.

“Everybody needs to stop crying ‘poor me’ and get themselves out of the situation they got into by utilizing resources provided and sacrificing as needed,” said Sara Tucker, a quality manager in Missouri. “This country is full of a bunch of whiners that think someone owes them something.”

While the wealth gaps have remained largely constant over the long term, even including during the past year and a half, some disadvantaged groups have fared worse during the pandemic than the historical average.

The percentage of White Americans who said they had lost all or much of their income fell from 23 to 17 percent from April 2020 to August, and Hispanic and Latino incomes fell from 26 to 21 percent. For Black Americans, it rose from 14 to 19 percent, according to the recent “Capital One Marketplace Index: The Road to Recovery” survey.

“Black and Latino Americans are more likely to work in industries hit harder by the pandemic and more likely to suffer underemployment,” said Andy Navarrete, head of external affairs at Capital One.

Child care disparities also contributed to income gaps. As of August, only 18 percent of high-income earners and 30 percent of middle-income earners said they had stopped working or cut back hours because they had children at home, according to the Capital One data. Among low income earners, it was 50 percent.

Working women said they’ve been hit especially hard during the pandemic. Leslie Clayborne-Sain, 43, was making $11.25 an hour as an environmental services technician sanitizing a hospital in Bolivar, Tennessee. She was laid off in April 2020 when the hospital cut hours. Two months later, she got Covid-19. There is no one nearby hiring at her old wage, she said.

“What are people like me who live in small towns in the South where the only job that’s hiring in my area wants to pay me $7.25 an hour to work, three days a week, six hours a day?” she said. “How do I pay rent, car insurance, lights, cellphone and buy food for my family on that kind of pay?”

The pandemic’s uneven effects run the risk of further cementing structural inequalities that contribute to the income gap, experts say.

“The lockdowns were a disaster for customer-facing service workers and some, but not all, goods production workers,” said Daniel Alpert, managing partner at Westwood Capital, and an adjunct professor of law at Cornell Law School. “But while the jobs vanished, after a few months, suddenly aggregate incomes recovered due to government transfers,” such as stimulus payments and unemployment benefits.

Now that the economy has reopened, “a lot of folks will be forced into jobs paying less than the benefits they were receiving from unemployment,” Alpert said.

Perspective on the income and wealth divide may just depend upon which side you sit.

“Having a college degree, you were much more likely to be able to telework,” Ricketts said. Job disruptions were concentrated in leisure, hospitality and hotels, with Hispanic and Black female minorities bearing the brunt of job loss and relying more on social assistance programs.

“The isolation coupled with the disparate impact of the downturn really lends to a distorted view,” Ricketts said. “It was really challenging for folks that didn’t experience disruption to bear witness to the hard times and hardship.”

How to choose the best artificial turf company?

Application And Advantages of Flood Light

Things to use as a Server for your Pressure Washer

How to choose the best artificial turf company?

Application And Advantages of Flood Light

America’s income divide unchanged by pandemic, unless you’re a minority or...

What the History of Money Says About Its Future